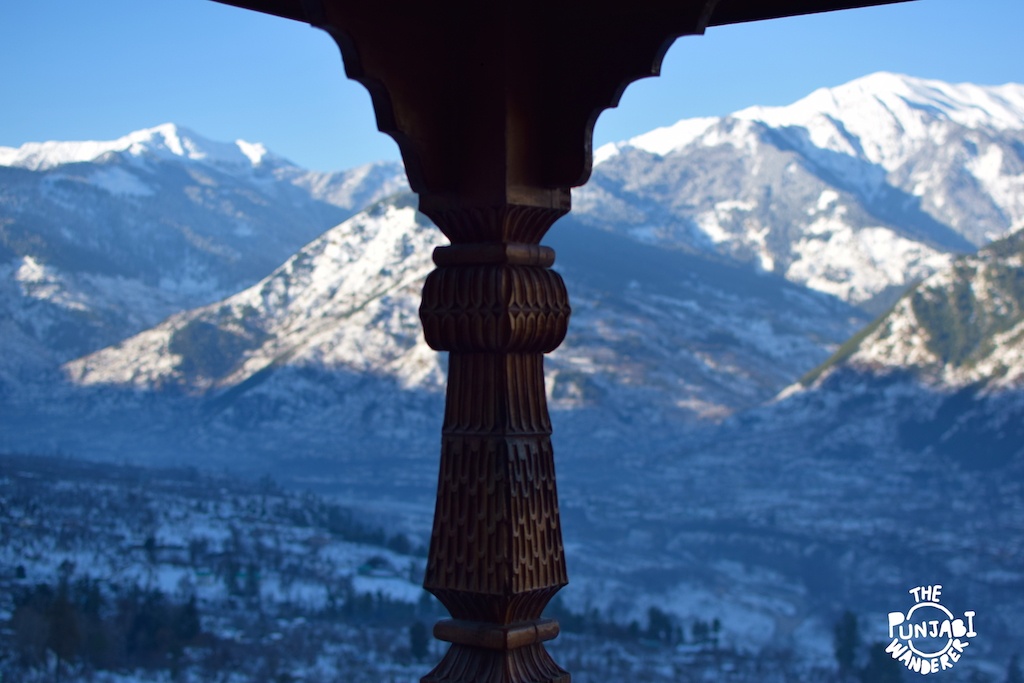 Even though I have seen lots of snow in my treks, a hearty snowfall was yet to be checked in my checklist. So on hearing that it was going to snow in Himachal Pradesh on the weekend, I immediately booked a bus to Manali. I thank my stars that I landed in Naggar and stayed there for a few days. In those few days, I was convinced that Naggar is one of the best alternatives to Manali.

Here is my experience of those 3 days. You can skip the text and see the video at the end. The choice is yours :) .

It snowed so much that the Volvo bus driver denied going any further than Kullu (40 kms from Manali). These were still the crazy demonetisation days, so I could not afford the super-costly cabs. A local bus came as a ray of hope and I quickly grabbed a seat. But this bus ride didn’t last long as there was a traffic jam due to the snow on the road. I crossed the jam on foot and then managed to get a lift in a jeep. Then it started to snow again and roads were full of snow. This jeep dropped me in Patlikuhal and Manali was still 15 kms from here. I gave up the idea of Manali and decided to stay here only. Running short on cash, I decided to share a room with two boys whom I had just met. We ate, talked, clicked and roamed around.

Next day my roommates left for Kullu, but I wanted to go to a peaceful place. I picked my bag and started walking on the road towards Naggar. On my way to Naggar[/caption]

After few minutes, I saw an open white snowy field with a hut and a dog, and another dog and more dogs! <3 A perfect setup, which could take anyone’s breath away. So, I just sat and spent an hour there. But since “Mai rukna nai chahta” (Yeah! Just like Bunny of Yeh Jawani Hai Deewani), I got back on the road and got a cab to Naggar.

On reaching Naggar, I saw a board which read “Naggar Castle 1 km”.  What ! A castle in the land of forts ?

I started walking on the road uphill towards the castle. After walking a bit I found out that the castle has been transformed into a hotel.  Assuming that they wont let me in without a booking, I started walking further (don’t you worry, I will come back). After walking for another 15-20 minutes, I reached the Roerich Memorial. I had no idea about this guy till now, but then I saw his paintings, his house, his car and his old pictures. Let me tell you that this guy was a big shot ! So much so that even Pt. Nehru used to come here to visit him.

A tea shop near the Roerich Memorial[/caption]

Now there were no staying options here, so I started going back towards the castle. Just before the castle I saw this homestay of an old couple – Mr and Mrs Kaistha. Super friendly people. They had a Tandoor (which is basically a fireplace enclosed inside a metal shell) to keep the room warm. I had lengthy conversations with them and all of us had some really yum himachali food in dinner. Night view from my room[/caption]

Also, there was no electricity due to the snowfall and only the Naggar Castle had the generators. So I woke up the next day and ran straight towards the Castle to charge my camera and phone batteries. They did not ask whether I had a booking or not and I entered the cafeteria asking for a charging point. So while the batteries were getting their fuel, I roamed around in the Castle. It gives a royal feel and offers amazing views. So if budget is not a constraint, book a room here and enjoy the views from your balcony. Sun was finally out after a few days and I spent the rest of the days lazing around in the sun. Then Mr. Kaistha dropped me to Kullu from where I boarded my bus to Delhi.

People often cite Gulaba as one of the alternatives to Manali, but it is just a village where the taxi walas will take you to see snow when Rohtang is closed. (Read my blog about reaching Rohtang on foot, here.)
Have a glimpse of it.

Winter and Wall in the north.. what does this remind you ? GoT ? To me it reminds of Rohtang. It was last year in April when I did Rohtang on foot. The roads were closed and hence me n @paahul decided to trek from Kothi. We could not reach the pass, but it was a good experience. Read the full blog. Link in bio #thepunjabiwanderer #travel #photographerlife #tripoto #himachalpictures #snow #rohtang #manali #traveldiaries #instatravel #himalayas #adventure #mountains #chasingclouds #lonelyplanetindia #kmhoe #travelindiagram #gameofthronesfamily #travelstories #indiahikes #himachal #travelingram #passionpassport #hippieinhills #instahimachal #worldnomads #travelphotography #mypixeldiary #trekking #shootingstar

So I hope your quest for finding the alternatives to Manali ends here. Have a good time in Naggar :) .  Drop your feedback in the comments below, follow me on Facebook, Insta and enjoy the video.

Alternatives to Manali – My Experience of Naggar